This exciting competition was held again on our doorstep at Trapani over 4 days in September, and 7 out of the 23 competitors were from Malta, other travellers included shooters from the UK, France, Belgium and northern Italy. ELR (extreme long range) is a relatively new sport that is catching on rapidly in Europe as shooters try and extend the distance over which they shoot using equipment and techniques developed in military sniping.
As usual, we were all welcomed warmly by our excellent Sicilian hosts at the range. Most competitors then check zeroed their rifles on the Wednesday, after which everyone had at least 20 minutes on the Thursday to practice the course of fire. The competition began first thing on Friday with each shooter having a fairly brisk 15 minutes to shoot 14 shots, 1 shot at the 20 x 20 cm cold bore plate at 1000 m, followed by a “surprise” shot at a tanzanite grenade at 580 m which sadly no one hit so we didn’t see it explode, and then a string of 3 shots each on 4 plates at 682 m, 810 m, 1190 m all of which were 40 x 40, and then string of 3 shots on a 60 x 70 plate at 1340 m.
Competitors shoot one at a time with the next shooter preparing in a bay alongside, with the judges able to identify exact hits through the excellent network of cameras set up covering each plate. Even the spectators can sit and watch the hits on a large TV screen protected by a gazebo, under the warm Sicilian sun. Most shooters are using long barrelled magnum calibre rifles such as 33 XC, 338 LM, .300 Norma Mag, or .300 PRC, across a variety of different rifle chassis’s including Voere, Victrix, RPA, Accuracy International, PGM and many other custom-built platforms. The majority of shooters use high-quality hand loaded ammunition and each competitor is supported by an individual spotter with a spotting scope, with shooters and spotters taking turns to alternatively shoot and spot for each other.
Spotting is the most critical skill in this type of competition because there are virtually no range flags out in the target area which is a large valley, and it is extremely difficult to judge the rise and fall of the wind, which was gusting throughout the competition. Only a skilled combination of spotter and shooter is likely to be successful in these conditions, as it is hard for the shooter under the gazebo to get a feel for the prevailing wind speeds.
After the first day, all of the competitors then shoot a 2nd stage on Saturday which consists of 15 shots in 15 minutes, 5 at each plate, 1400 m and 1500 m 60 x 70 and 1640 m 70 x 80. These are relatively small plates by some competition standards and time is tight, with some shooters running out of time on the 1-mile plate. The scores at the end of both days were added together to produce the winners of the dedicated 1-mile shoot which included Oliver Saliba from Malta placing an excellent 3rd.
The top 10/23 placed shooters then went on to the final day on Sunday, where each competitor was given 2 siter shots on the 70 x 80 cm plate at a distance of 2000 m, after which they had 15 minutes to shoot 5 shots, with a number of the shooters hitting the plate once and some even twice. Wind conditions were again tricky but there was less time pressure than in the first 2 stages of the competition. The points from the 2000 m shoot were added to the previous 2 days scores to provide an overall winner of the competition. It was good to see 3 of the top 10 overall shooters coming from Malta, Bill Tatham & his spotter Godfrey Pisani in 5th position, Oliver Saliba & his spotter Tony Zammit in 6th and James Bugeja in 10th with again Tony Zammit spotting for him.
AACTS was heavily represented at the competition and although ELR shooting is quite specialist and requires large calibre rifles, we are extremely lucky based here in Malta to have access to one of only a very small number of ranges available in the whole of the EU, with targets out to 2000 m. The local shooters at Trapani are always welcoming and go the extra distance in setting up their shooting range often in quite challenging conditions, to provide an excellent competition for all those visiting.
The range and plates are set up permanently all the year round so why not get together with some of your shooting buddies, contact AACTS and head up to Trapani for an enjoyable weekend to see what your long-range shooting, spotting and wind calling skills are like. 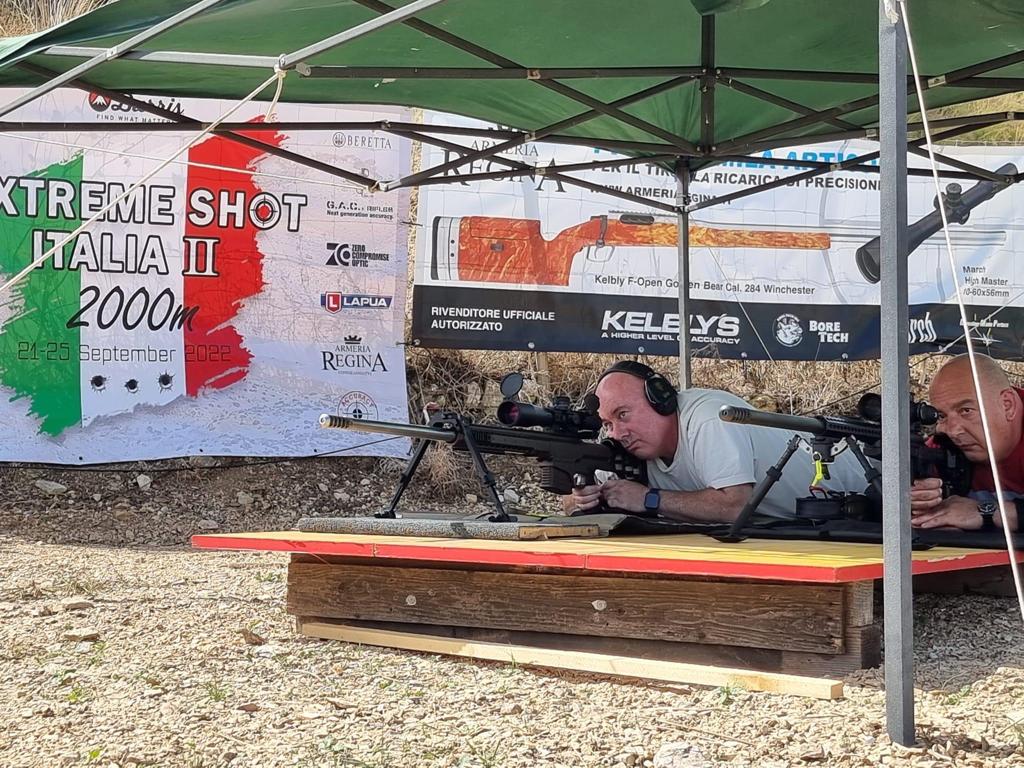 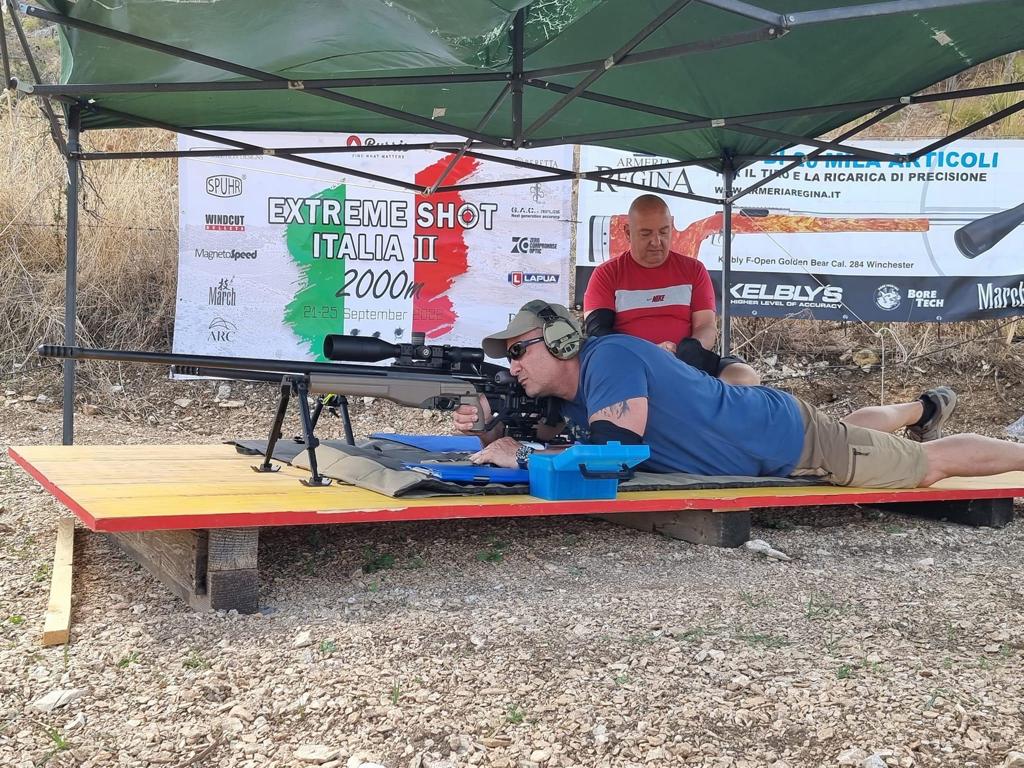 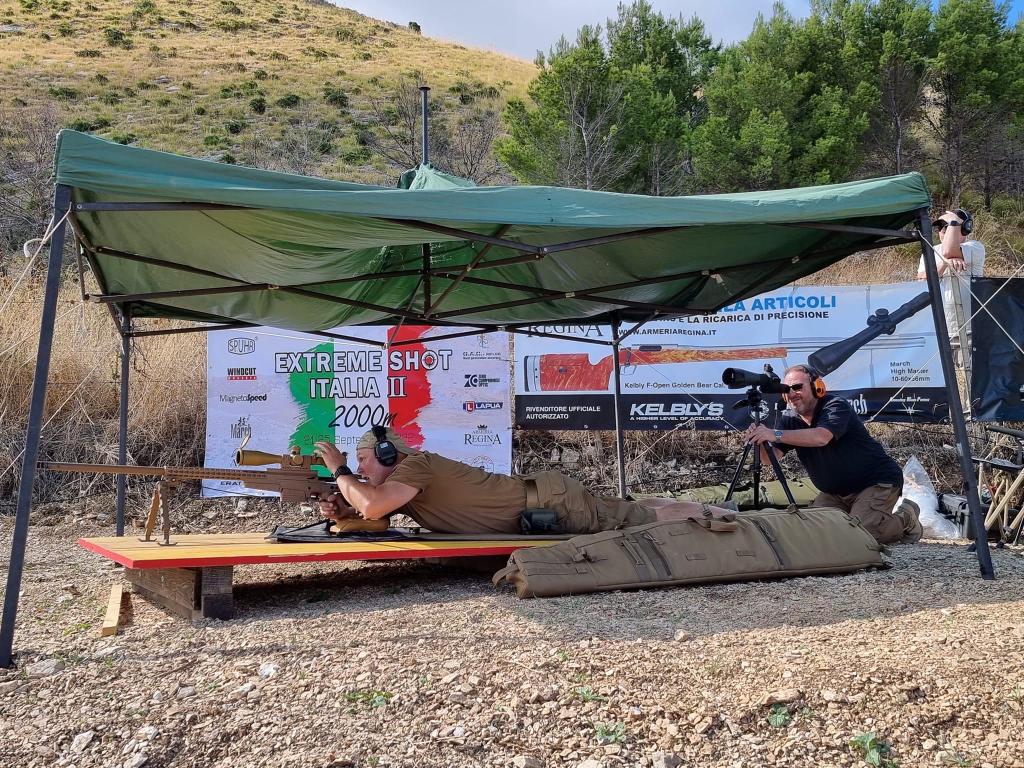 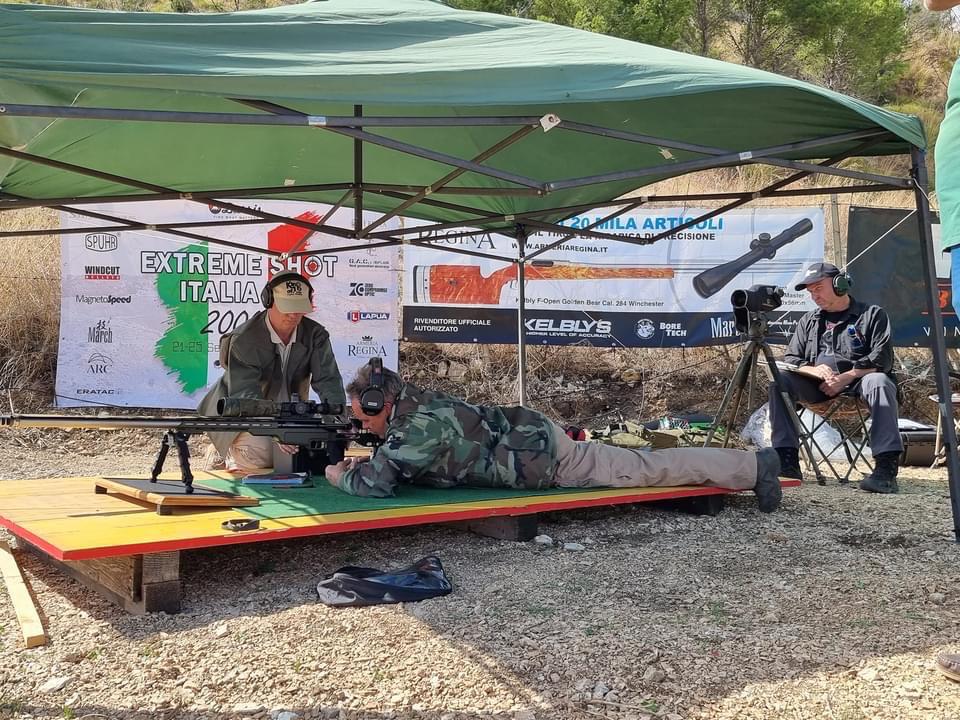 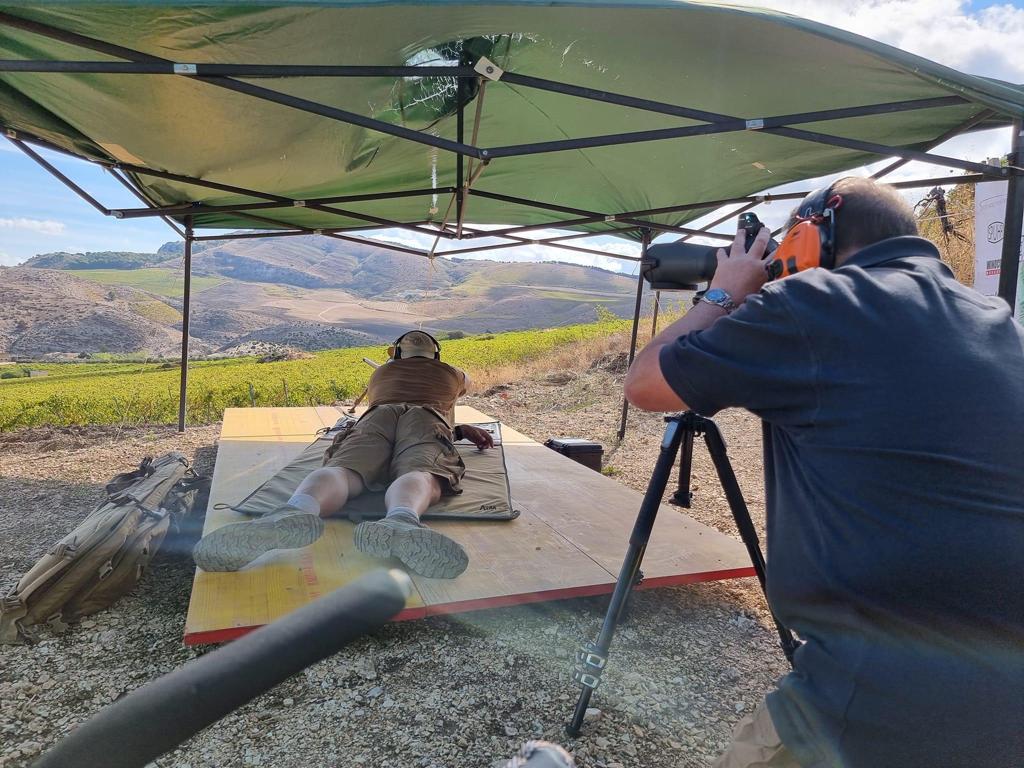 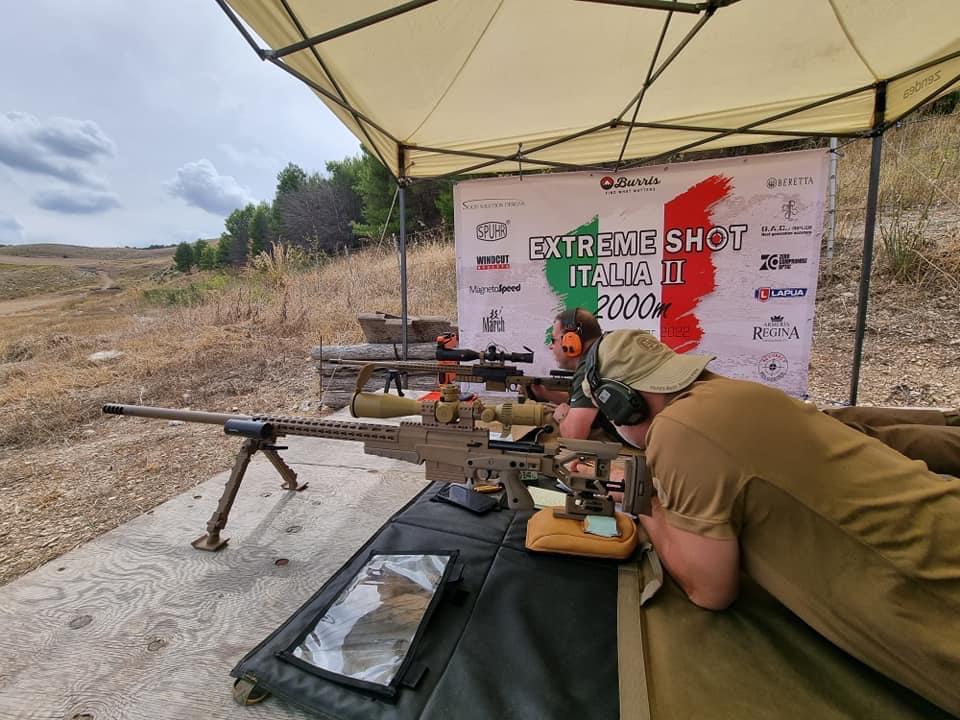 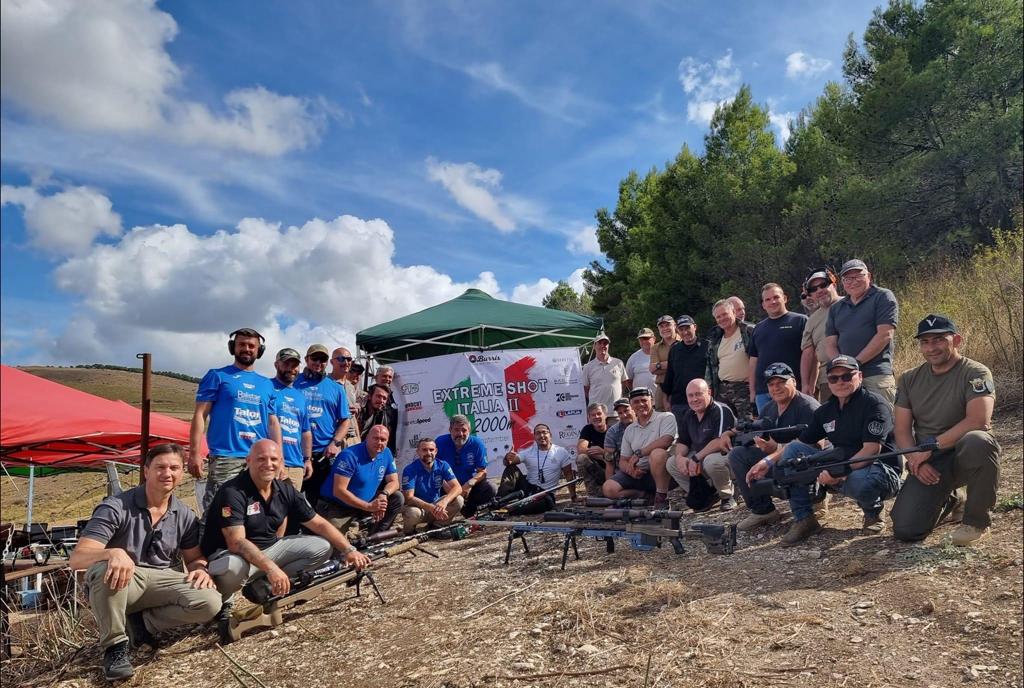 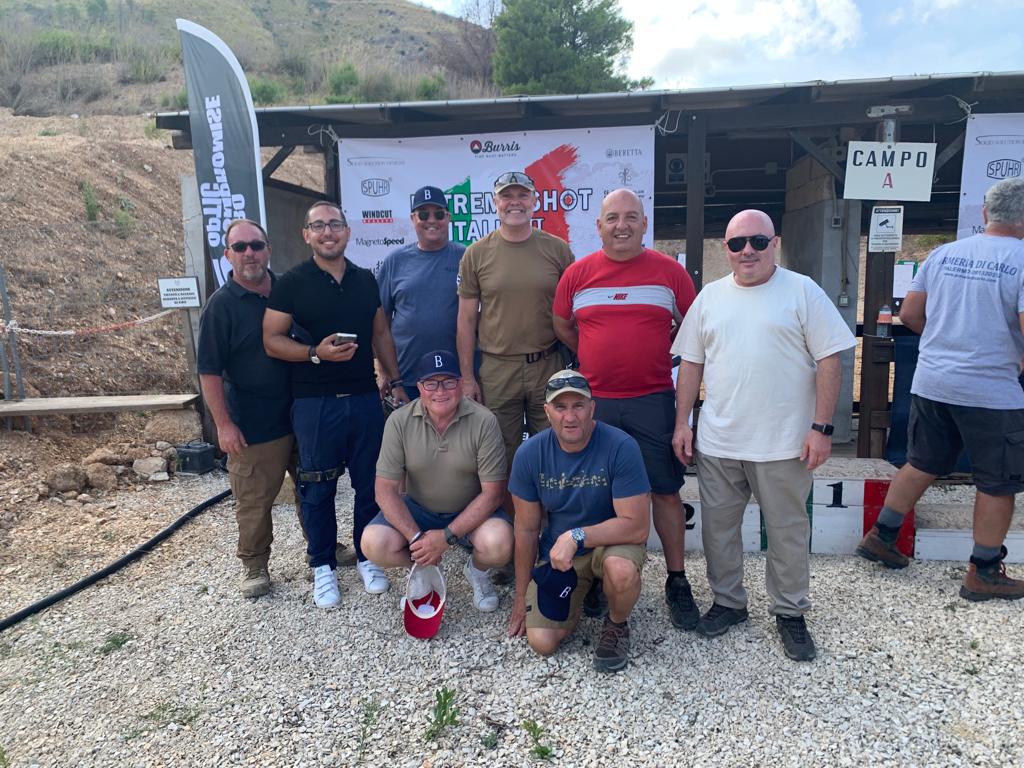 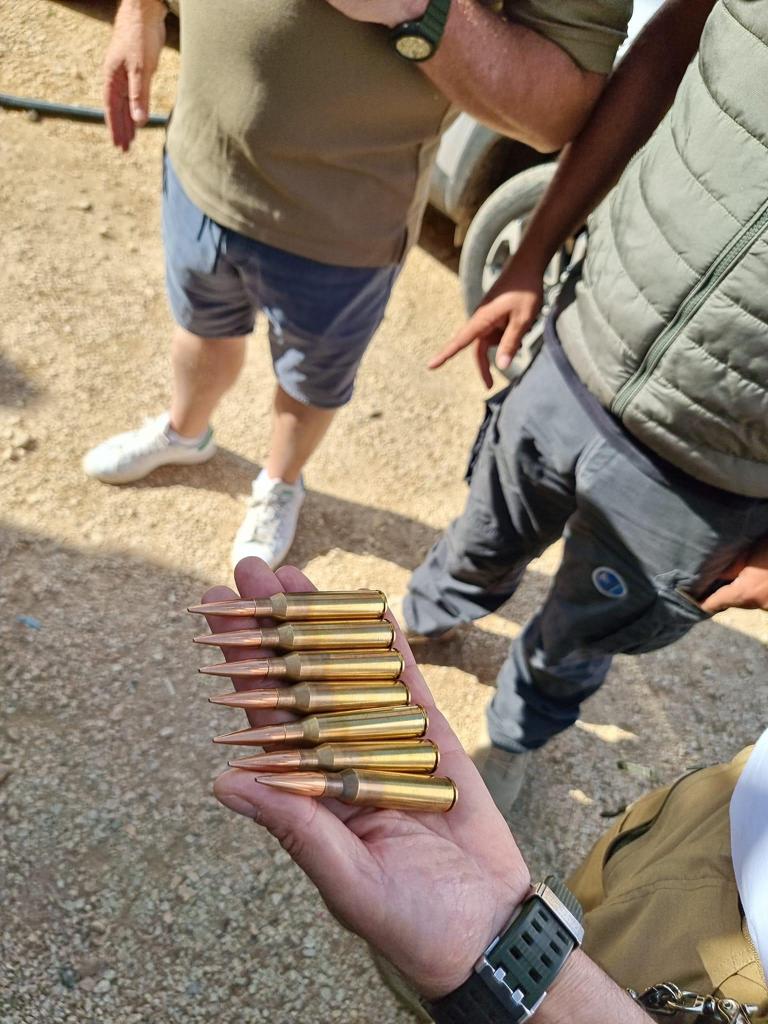 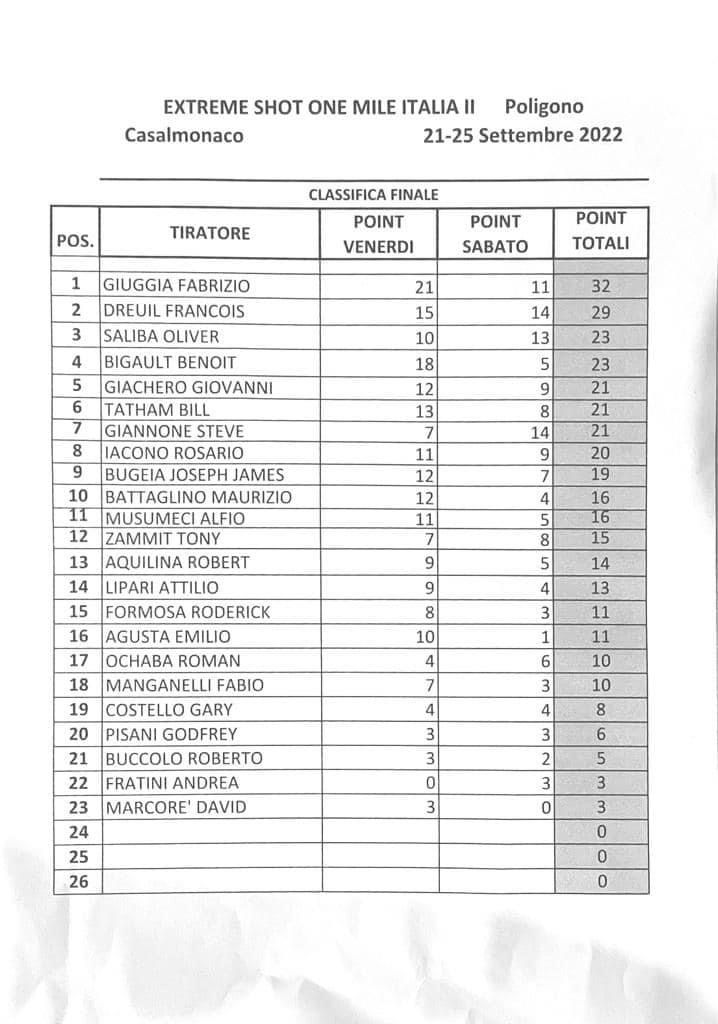 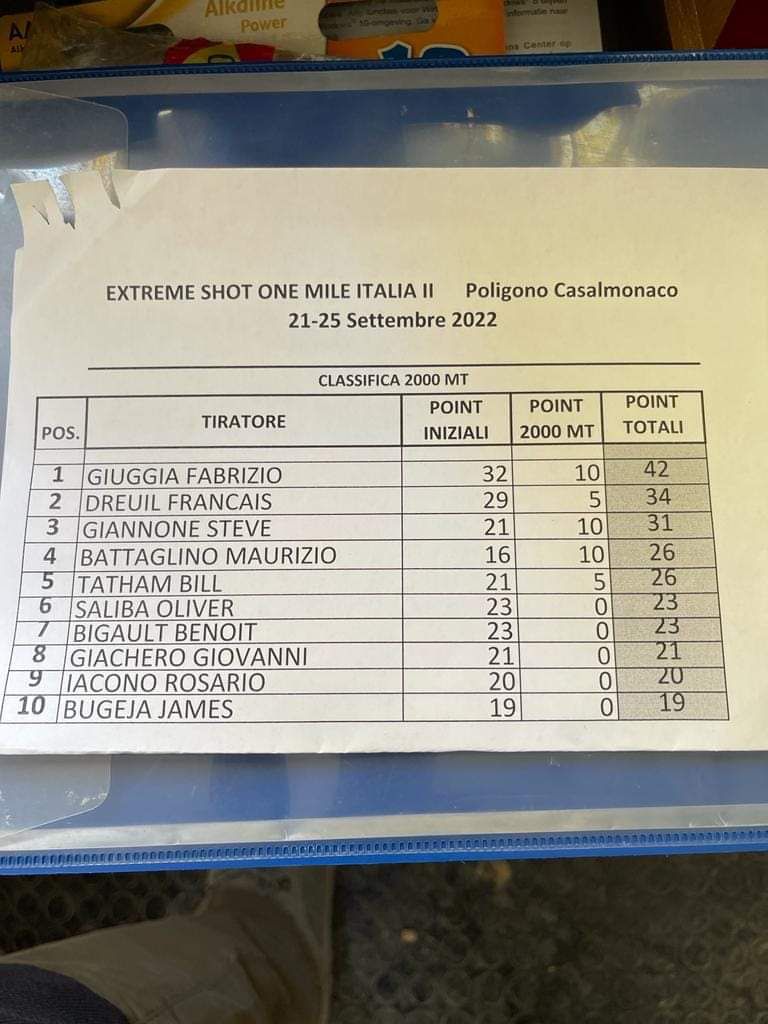